People who know me quite well are usually quite surprised to hear that I am not a huge fan of ‘networking’. I have to take deep breaths before entering a room and generally feel a sense of anxiety; I use the training I’ve had at various jobs to either find the person on their own (wondering as I approach them whether they’re on their own for a reason) or to find the group of three – so you can manoeuvre at least one of them away and again – pray and hope that I can create some kind of random conversation.

Put me at a table of people or on a panel with a facilitated discussion, or if I’ve got a friend or colleague with me – no problem whatsoever.

A couple of weeks ago I went to my first trade tasting on my own. It was Bourgogne Week where the 2017 vintages are uncovered for the first time to taste; make comments on and decide whether or not to invest. Not sure what I expected but let’s make it clear it didn’t feel a networking event where I could sell my business…

It was a wonderful location with hundreds of people there; it was full of wine producers but I didn’t feel there was any chance to talk to them at length because they were literally there pouring and pouring and I had to step away. Or did I?

The only people I spoke to were the ones like me who were attempting to get out of the way of the groups of people around the same table. Everyone seemed to be an expert taster – and I was a little in awe – they were so focused on their notes it really felt rude to interrupt! I saw someone do it admirably – he came over to a producer where I was at and just said ‘I only have time for two of your wines – which ones do you recommend?’ It prompted a good conversation (which admittedly I managed to get involved in) and I made a note to myself to use that one in the future.

Despite that one, whilst the wines were wonderful – I lasted about an hour because in honesty I hadn’t prepared properly; hadn’t thought about how to interject into a conversation (it doesn’t come naturally to me with strangers) or to have the right questions to get the producers talking.

When I got home I got to to thinking about whether I could have made that tasting / networking event work better for me. And the answer was yes. To network successfully you need to prepare or take an opportunity (like I did with the two-wines guy.)

I thought about the purpose of networking and came up with this:

Networking is about meeting people you haven’t met yet who share the same interest (whether for business or pleasure); people who are potentially going to be great friends and contacts for the future; people who you’ll keep bumping into and strengthening that relationship further for the benefit of both of you (for business or leisure).

I have to hold my hands up right now and admit, I think I’ve approached ‘networking’ in the wrong way in the past because using my descriptor, networking can manifest in a number of ways.

Work is the obvious one – particularly when you start a new job. I worked in Internal Communications for years and it’s vital that I have the ear of people in the business so that I can advise my leadership teams accordingly on the messages they want to send out. In addition I had to build relationships with leaders so they trusted me and I didn’t have any problem in doing this.

My first ‘networking’ at RSA was in my first week, catching my now friends Clive and Mark’s attempt to disappear early on a Friday afternoon as they were going for their ‘six before six’ beers (it was a name – they rarely had six!) before heading home. To their horror I invited myself along and then bought the first round, joined in the gossip and I was then a permanent attendee on the six before six Fridays. They introduced me to so many people; and in turn those people did the same and in time I was able to return the favour. Whenever someone started at the company I’d go over and introduce myself remembering the time when I knew nobody. And I think back over previous roles and I did exactly the same at those too.

A few years ago I went to a German Beer Party at Alexandra Palace with some friends. We got there early and cheekily blagged our way into a VIP area and sat ourselves down at a table. An hour or so later a group came over – we were at their table – they didn’t mind and we all ended up chatting (and drinking) the night away. Long story short – at the end of the night I lost my friends a chap called Rhys saw me outside and wanted to check I got home ok. We connected on Facebook, I messaged to say I got home and that was it… until I started doing my wine courses and posting about them and he then contacted me, it turned out that he worked in the wine industry. And over the past year he has been kind enough to supply me with truly tremendous wine and invite me to some incredible events such as the trade only London Wine Show and this week – a fabulous event where I got to taste the Louis Roederer ‘Tete de Cuvee’ Cristal…

Then there’s my wine education. I’ve been studying at the West London Wine School since around 2010 I would say. At that time it was a much smaller school than it is now and so I’ve been incredibly fortunate that for pretty much every single tasting, event and course I’ve done I’ve had the benefit of Jimmy Smith teaching me. I’ve never studied anywhere else so you could actually say it’s because of him and the school that built my love of wine. Last year in France and via the power of social media it turned out that Jimmy and his wife Beth (Chief Thinker at the wine school) were in Beaujolais the same two days that I was. They kindly invited me to join them for that time on their tastings with producers, for breakfast, for lunch… For me it was a wonderful couple of days – I’ve never been a lover of Beaujolais but I was with a huge fan and I found so many wines that I’ve ended up loving and buying since I got home. But even better… after the long chats that we had I dropped a note on my return to say thanks and just say if they ever need any help I’d be happy to. I’m now their Chief Marketeer – my first job in the wine industry! I can’t thank them enough. (Shameless plug – follow @westlondonwine)

Then there’s social media. My dog has almost 1700 followers on Twitter – compared to my paltry 180 or so (mainly because I spend my time on his!). Despite the fact that most of the tweets are people tweeting as their dog I’ve actually made quite a few friends and last year met one of them; we got on like a house on fire and what’s app almost every day. From a professional side I join Twitter events such as #UKWineHour – and from that I’ve ‘met’ some brilliant people – and got back in touch with my fellow judges from the People’s Choice Wine Awards. 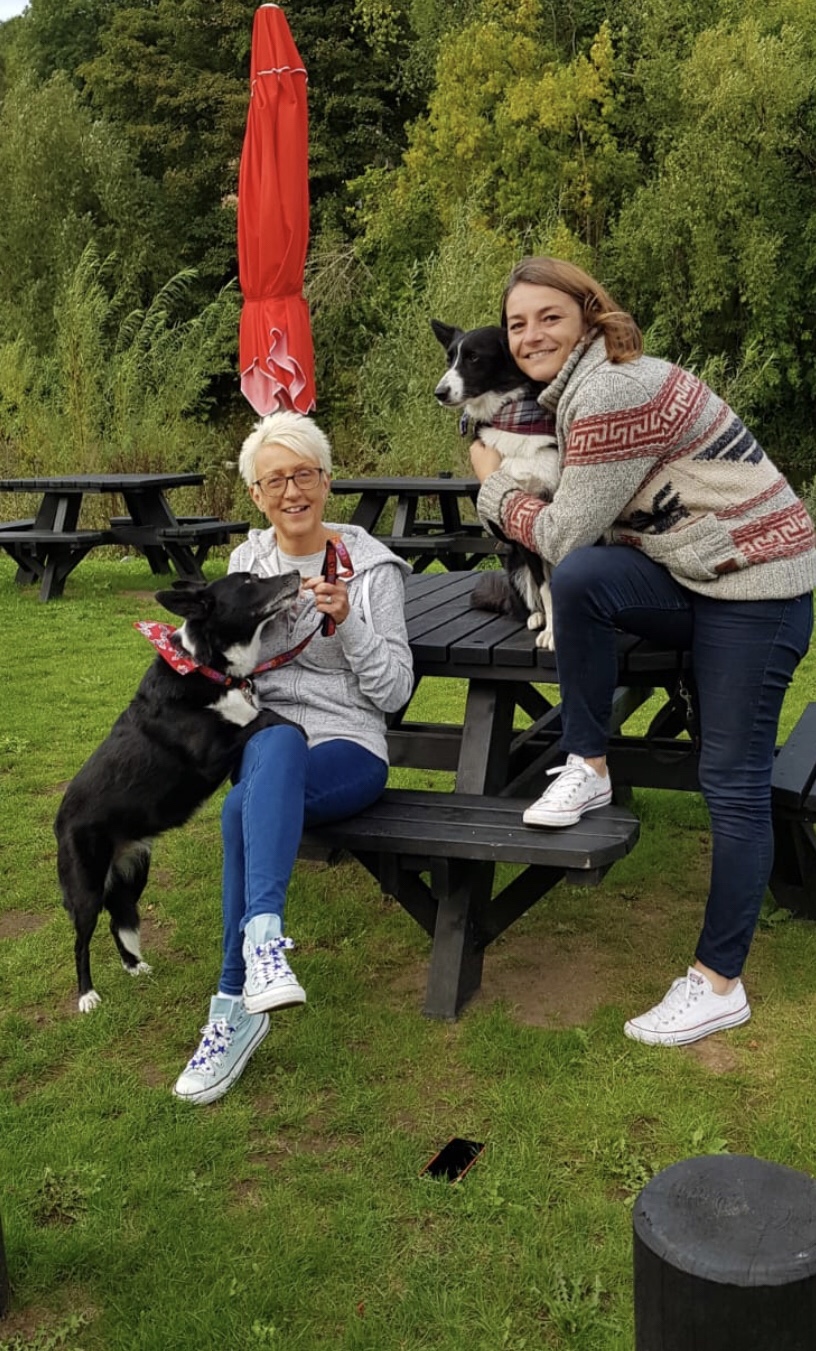 Over the past couple of weeks I’ve had an ex-colleague contact me about part time consultancy; an ex colleague turned good friend recommend me for some freelancing work; and my old boss and a previous supplier talk to me about other freelancing opportunities in the future.

This all started with us being strangers, developing good relationships; and then becoming friends who help each other out. And that I think is what networking is actually all about; so now I’ll remember all these examples of ‘alternative’ networking and use what I know next time I walk into the big scary room of strangers.