We’ve arrived in Reims. With less than a week to go until my return to the UK a France Finale of Fizz awaits with my good pal Sue. Our final day this coming Friday is at Bollinger and I feel that’s a fabulous way to end what has been a great trip.

For the past week I have been in both Orange in the Southern Rhône and then a tiny little town called Seyssel more or less on the Swiss border.

Orange was lovely. I was in a super B&B with the most amenable host and two other gorgeous dogs. Orange is a small town but with bundles of energy. It’s famous for the ‘Theatre Antique’ an incredibly well preserved Roman Amphitheatre which still has much of its ‘stage wall’ still intact. There’s great access within it so you can climb to the top and just appreciate what it must have been like to have been one of the 10,000 people who used to sit and watch the plays there hundreds and hundreds of years ago. Even Rex liked it! 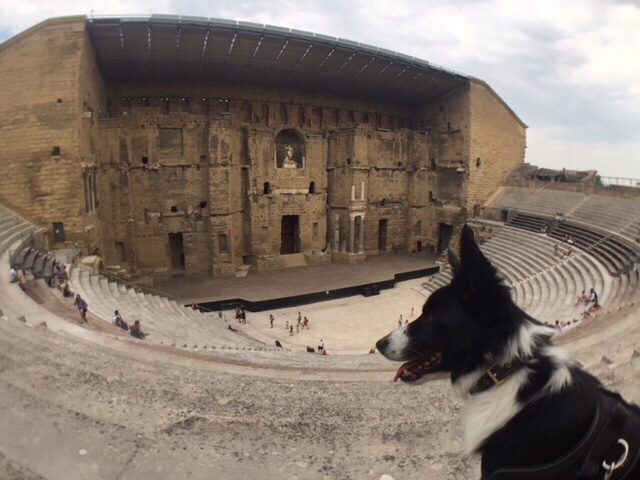 On my second day we got in the car early and headed off to some of the major wine appellations. We started in Gigondas and I was fortunate enough to have one on one time with the chief sommelier at Gabriel Meffre a negotiant who produce millions of bottles of wine per year. Whilst not a solo producer this gave me a brilliant insight into the wine of the Rhône and he taught me an incredible amount – usually a busy time of the year tourist wise so it paid to get up and out early! The town itself is simply stunning – just very typical French.

We paid a trip to Vacqueyras for a short visit before heading to Beaumes-de-Venise. I’d read on Trip Advisor about a winery called Domaine De Durban which has the most incredible views – and it definitely didn’t disappoint. It was probably one of the most stunning places I have seen with mountains surrounding it everywhere. The Rhône is generally pretty much known for its reds but the Muscat in this place was absolutely amazing!

After there I head over to Chateauneuf de Pape – probably the most famous of the villages. It’s a great place to visit, we took the many steps up to the old Papal palace which offers incredible views. We did a lovely little tasting at a very friendly winery (there were many of them!)– bought a bottle but I think the quality of CNDP can vary massively so wouldn’t say it was the best wine I’d had but the host was super entertaining. 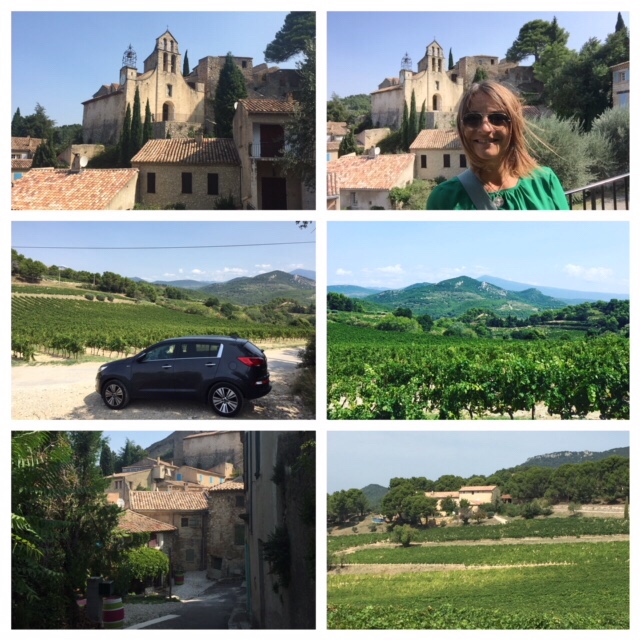 After leaving Orange I took a long drive to meet Sue in Seyssel. It literally felt like we were in Switzerland with Alpine air, homes and mountains. The mountain drive was out of this world and at times a little nervy- all in all a super but tiring drive. Our gite was pretty much in the middle of nowhere – the views were incredible and Rex had a great time off the lead running around with his football. The potential of the gite was phenomenal, it could have been amazing but for two nights it was fine and we tucked in to a stereotypical French dinner of wine, meat, cheese and bread.

Seyssel itself didn’t have too much to offer so we drove to Annecy, a gorgeous town full of colourful houses and a super lake. We had a fabulous lunch there before heading back. 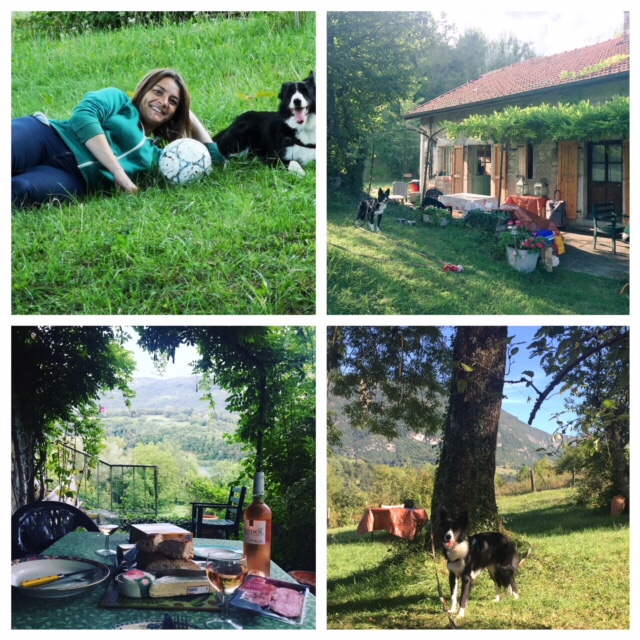 Today’s drive up to Reims has been long. The first hour from Seyssel was fabulous and nerdy though it sounds we were both incredibly impressed by the engineering of the bridges and tunnels throughout that part of the trip. Tiredness kicked in but thanks to a massive can of Red Bull around six hours later we have arrived in Reims – the apartment is fabulous and Sue is cooking dinner as I am writing this. Our host has given us so many tips on what to do so looking forward to waking up tomorrow in ‘Champagne’ and learning, tasting and seeing so many things in this final few days.