You know this trip isn’t just my trip right? It’s also Rex’s. I often wonder what it must be like for him and as he’s documented this trip via his Twitter account @Rex_Collie I thought I’d share a taste of the tour from his perspective.

Every day Humum leaves home early in the morning to go to somewhere called ‘work’ saying stuff like ‘two more months’, ‘one more month’ and then one day it was ‘LAST DAY’ – I don’t really know what she means but she’s excited, so I get excited and then I get belly rubs . On that last day she came home and was wobbling a bit, couldn’t really understand her as she was slurring her words but I understood that she was happy. It made me happy and I got belly rubs.

For the next few days she seemed kinda tired. That’s ok, did you know us dogs relax for about 20 hours a day (according to the PitPat kindly provided by RSA – Kenny Leitch, this shout out is for you!) so I just snoozed with her.

Then on one day we woke up very early. I’m not a morning dog so was quite put out. We got into the car and drove to the seaside. We went on a train, I fell asleep for 25 mins and when I woke up I was in another country!!

Throughout July and August…

I got a bit confused as I normally sit in the back seat behind her looking at the cars and barking at them if they come too close. But in this new place the cars drove on the other side so I had to move over to resume my warnings to the leader of our Tupac ‘booyakasha’ oh no, I meant pack of two.

We started in a place that had a lovely garden where I could roll around in. She shouted a lot at the tv because England were playing football; I was barking because I wanted to chase the ball, apparently ‘we’ won – I’m from Ireland originally though but didn’t mention it as she was happy ‘they’ had won their first penalty shoot out in FOREVER and I got belly rubs. 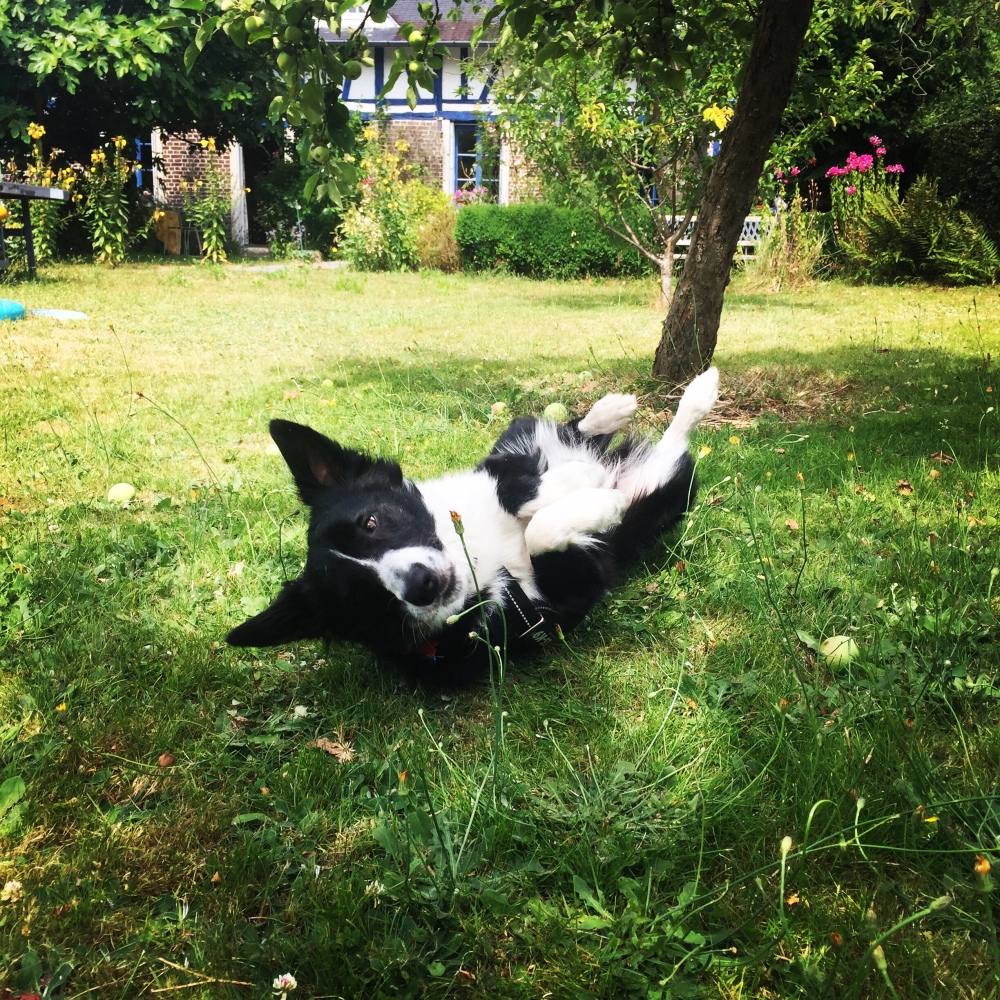 We then went to a new place. It was quite a drive so we stopped off in a place called Le Mans. I hadn’t really got used to the heat so I managed to s*** squirt on a lovely street. She was quite embarrassed trying to clear it up. Then one of her friends told her that the reason people were looking at her oddly was because in France owners don’t clean up the pooch poo so they wondered why she was attempting to clean something like chocolate ice cream off the street. She’s a bit odd sometimes.

We then arrive at a lovely house where I have my own garden and my own human bed to sleep in. We had a lovely time here. We lazed around and on other days we’d get in the car and drive to somewhere where I would get lots of attention and food when she ate. I loves goats cheese. She drank lots of wine too and got excited about grapes, I tried one once – YUCK. One weekend Henry’s (my best pal) Human came to visit, it meant I couldn’t sleep on my bed anymore. I was quite put out again but both of them gave me belly rubs so that made up for it.

After we left Tours we went to a place called Sancerre. It was a lovely place but we didn’t have a garden. I woke her up faithfully at 6.30am and that meant she had to get dressed and come out to walk and toilet me – she grumbled until she saw the sunrise over the vineyards and then she gave me belly rubs for being a good boy.

After that we went to a place called Chablis. We had a lovely little place and the walks were pawsome. I’m not allowed to drink what she’s drinking so to make up for it she’d give me belly rubs. She’s watching a programme called ‘Bosch’ she loves it, and when she binge watches it I lie next to her and get belly rubs. I think I need to thank Uncle Danny and Aunty Anna for that.

We then went to a place called Beaune. Hey – in my ears that says BONE so I’m happy. Aunty Zoe and Uncle Fab came to visit and we had lots of fun. We went on long walks, played football and I saw some strange footballs (apparently hot air balloons) in the sky that I kept barking at. They found it really funny but to calm me down they gave me belly rubs.

Then we went to Beaujolais. We met my Human’s wine tutor. Seriously?!! The amount she drinks I don’t think she needs anyone to teach her about it. I normally keep that to myself though. But they appeared to like me too and I got lots of belly rubs. We loved it there, we did long walks in the countryside and I met a pal who would come and wake me up every morning to play. 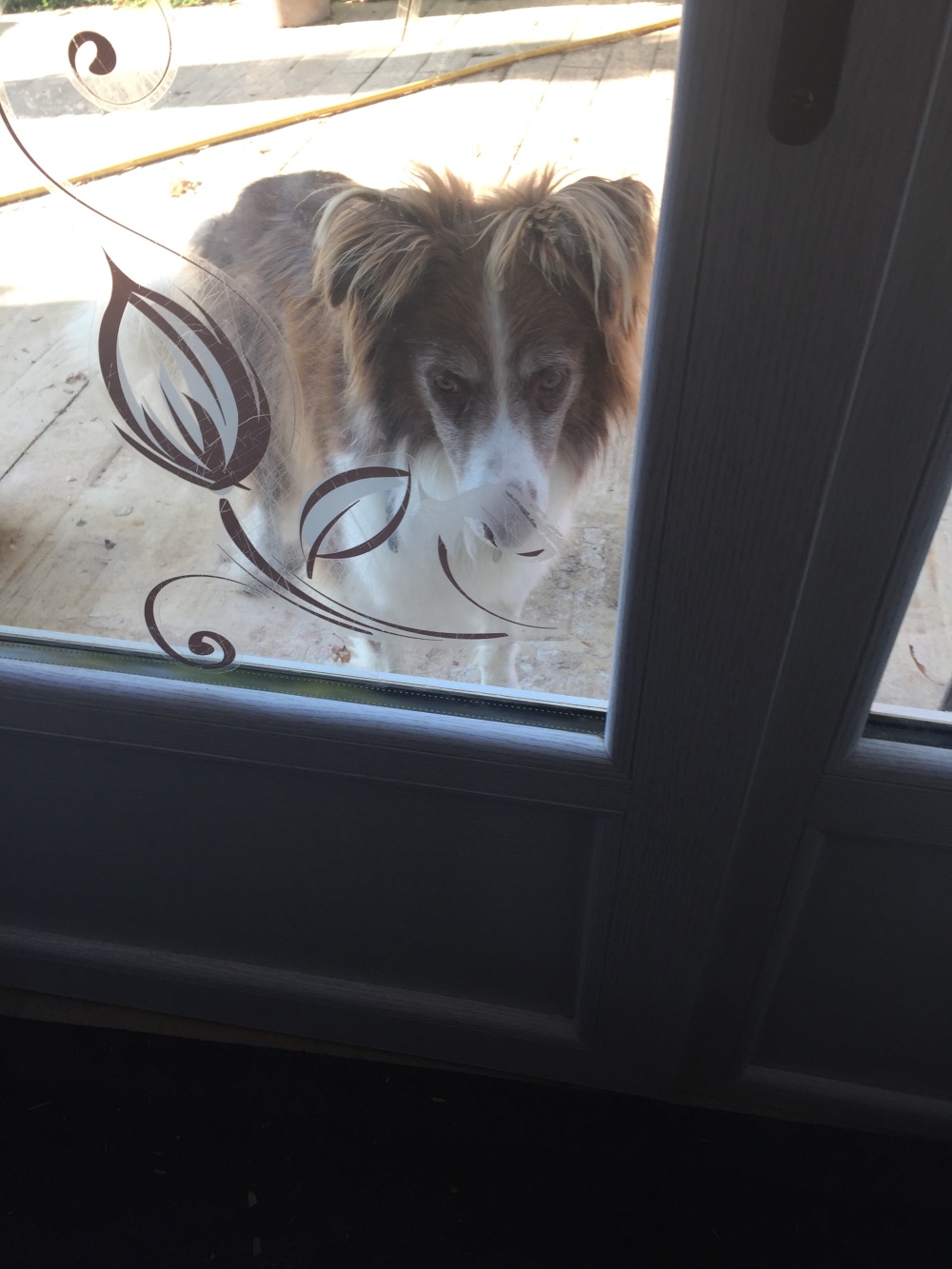 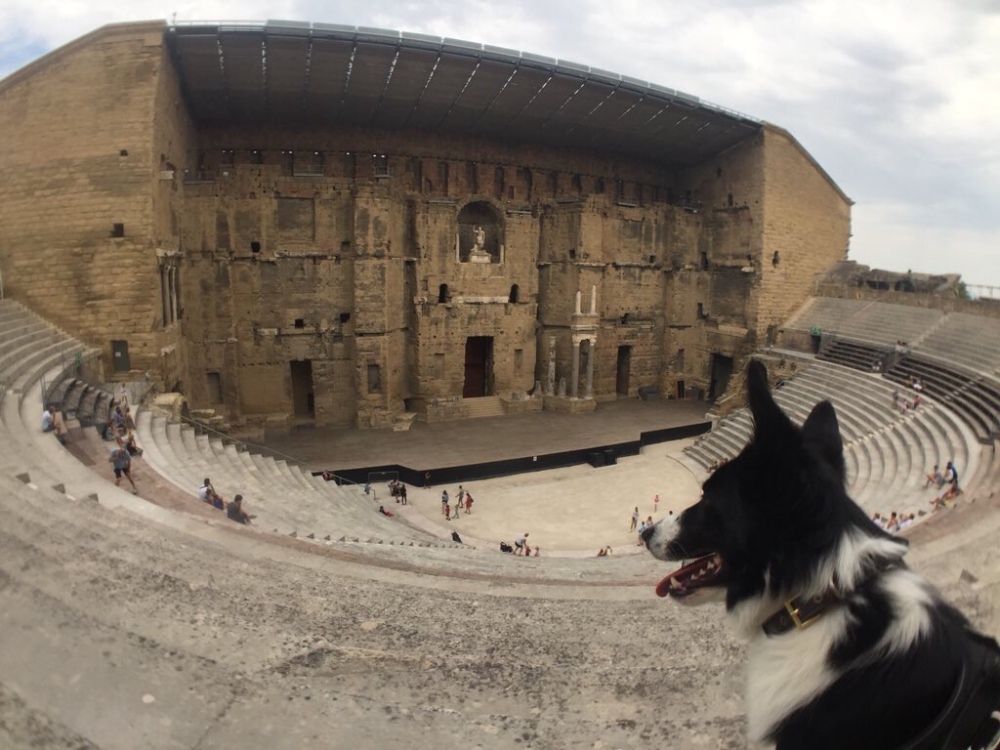 After we leave here we meet Henry’s Human again as we head to Champagne where apparently they are going to ‘fizz it up’ whatever that means. She better not think she’s getting my bed again.