Last night was the final class of the French Wine Scholar programme – a course I’ve been enjoying since October. Maybe even a bit earlier as I took the work book on my travels around France with the hope that seeing the places in situ would aid my studying – which to a good degree it has. Like the WSET 3 exam though there’s a lot to learn; every region in France, every AOC, every grape grown, every style, all the nuances, the special wines, the best wines, the geography, the geology…. As I’ve mentioned in previous blogs the more I learn about the wine the more I want to learn and on this course I’ve also become really interested in geology and the Roman Empire! It’s getting more diverse!

I wouldn’t say I am the most academic of students; I never have been, so whilst it’s been fun, it’s also been a hard graft to revise and as I sat in the class last night with another 15 or so students I just lost my confidence.

There’s been a little bit of a build up I guess. Earlier in the week I met the MD of a wine importer. It’s a business he set up himself without any previous wine experience. Nevertheless he told me that the industry is very parochial and it’s a difficult one to get into; with people in the industry liking to keep it in the industry regardless of whether that means the people they employ have the right skill sets to help them. He was incredibly supportive of me and my enthusiasm; he suggested that I look at PR companies who specialise with ‘wine’ clients – but I’m not a PR person; it’s a completely different skill set to what I know and to some degree what I want to do. So despite his support for my enthusiasm I couldn’t help but feel a little downhearted.

In addition I’m debating whether to apply for a job; it’s an avenue I hadn’t thought about before but it’s tutoring wine – so teaching ‘introduction style’ courses. I think I could do it, I’m qualified to, I love being with people, it could be a great way to immerse myself in wine and I love the company. But as I sat looking around the people in that class last night; and thinking about all the people who have gone before I started to question my own confidence and ability against theirs. I think people who are doing the level of courses that I’m doing have got one eye on ‘working in the wine industry’ prize – what makes me stand out?

I’m also coming to the end of my ‘access savings’ – i.e. the money I saved like mad from January to June to finance the France trip and the rest of this year in terms of bills and spends. I have to be honest I’ve surprised myself that it’s lasted this long – I’m generally crap with money. I don’t really want to dip too much into the other saving pots – I know I have to because I need / want to align the financial years across personal and business tax so not taking any salary until April. But at the same time, I don’t want to use it too much so conscious I need to start bringing in additional income asap in the new year.

Sometimes I also wish I had someone to say all of this to in the privacy of my home, or just someone who puts me at the top of their priority list but instead I blog about it to anyone who will listen, because I have to get this out of the system somehow and there’s the hope I can get a little bit of a boost (not for ego purposes you understand, just a little push in the right direction). Sometimes it feels like I don’t want to say it out loud because I remember all the things people said to me when I resigned; You’re so brave; You’re an inspiration; but I didn’t feel very brave or inspired yesterday.

But hey – this is me right and if there’s one word to describe me, I’d say it’s resilient.

I got up this morning and got me and Rex out on a walk and got some blue sky fresh air to clear the mind on this, the final day of November. 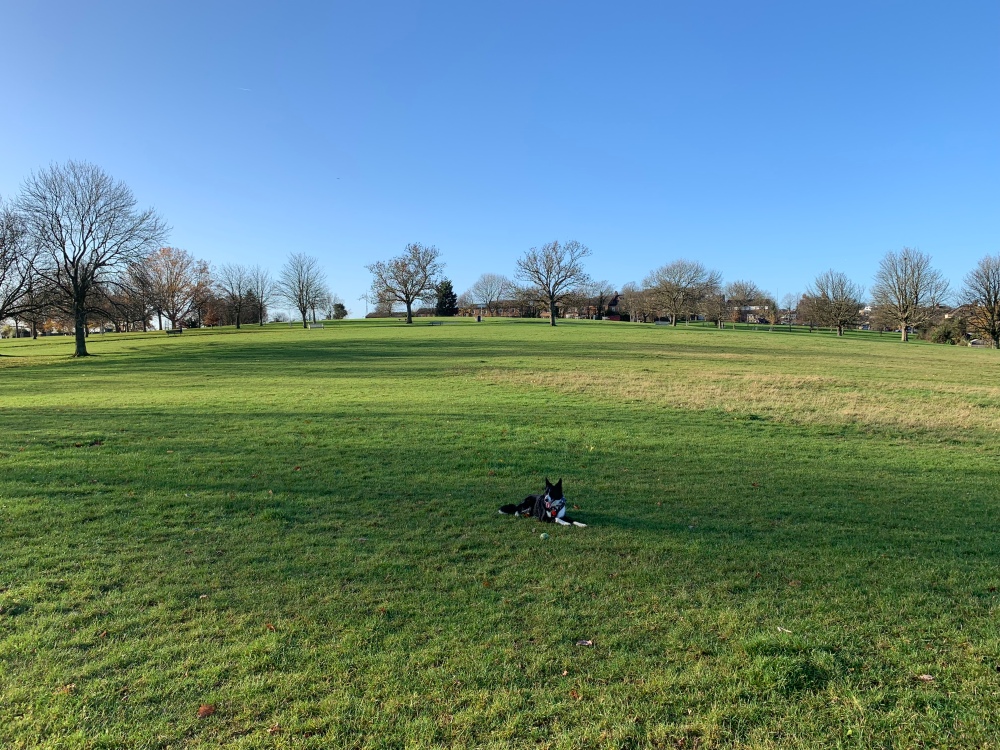 I got back and carried on the revision remembering that I panicked before the WSET 3 exam yet passed with merit – and that covered regions from all over the world. I gave myself a little shake to say ‘hey, you’ve already got your first wonderful client in the wine industry – and not forgetting, I wasn’t planning on working until next year, so it came ahead of time and therefore my plans are still, well, on plan! There’s just a week to go until the exam. After that I have a week of ‘friend festivities’ followed by almost two weeks with my parents for the first Christmas in years which I am incredibly excited about. In fact, although I guess people would argue I’ve had six months out I am looking forward to having a couple of week’s break of thinking about all this stuff – but equally looking forward to 29/30 Dec when I’m going sit down with a special bottle for the occasion and plan my 2019 goals (you can take the girl out of corporate…)

A week or so ago, a good friend of mine mentioned the opportunity to do a talk with customers of his company; based on people my age, quitting their job to do something new and needing someone who is going through it rather than someone who has actually succeeded. I think there will always be a bit of healthy self doubt for anyone doing something like this; and actually that’s got to be a good thing as it pauses the adrenalin and forces you to have a self reassessment.

Tonight I’m going to see the Tina Turner musical. Now there’s a woman with spirit – who had bad days and good and fought for her name and succeeded. I’ve wobbled, I’ve straightened and in 2019 I hope to succeed!